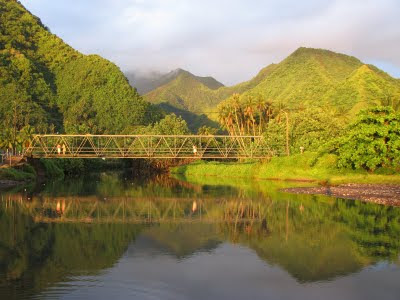 From what I can tell so far, I think I'm the only expat non-French blogger in French Polynesia. I might be wrong about this but while all my Googling and digging has brought up some great blogs originating from Hawaii and a few tourist industry ones from Tahiti, no one else is writing about day to day life here and now. I guess this is normal considering that I personally know a total of (about) 20 English speaking ex-pats who live in this country and most of these are male surfers over 45 who married locals - nearly all these people also live very far from us.

So who do we hang out with?


Tahitians socialize mostly within their own very large families but if you do get close with them you are usually expected to behave as a family member. 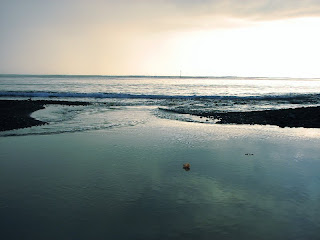 This means lending your car, bike, power tools, fishing equipment, boat and money to them and their other relatives you don't even know at various "emergencies" that spring up every week or so. Some stuff comes back and some stuff doesn't but no matter what, the tension created between people who have little concept of ownership and Westerners who have an overdeveloped sense of "hey I paid for that!" always ends in hard feelings. Tahitians expect that you ask stuff from them too and if you don't (and Westerners are often hesitant to ask people for favors) the relationship gets thrown off-balance and suddenly you are just the gullible patron.

This isn't to say we don't have Tahitian friends - we have lots of Tahitian friends but there are silent lines drawn from both sides after years of experience. These are people who stop by the house unannounced all the time but who would feel uncomfortable if we invited them over for dinner. They bring us bananas and sweet potatoes from their yards and we give them limes and pineapples from ours. Our kids play together and spend the nights at each other's houses, we'll drink a couple beers together from time to time and yeah, we do lend them the bike sometimes if they need it and they'll lend us their boat. Yet these relationships are kept casual and this makes it OK for either of us to say no. This also means they aren't available socially and we'd better have something else going on if we want a life.

So most of our core social group are like us, the mutts that don't really fit in. 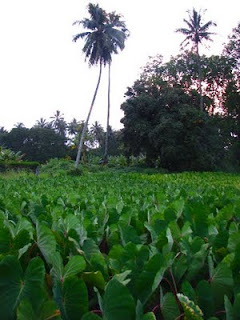 My best friend Amel is half Tahitian half Algerian and she's married to a Corsican guy who grew up on Tahiti; our friend Roy is a Kiwi, French and Tahitian mix and his wife is a Singaporean Indian. Ben is a Kiwi married to Valerie, a Chinese Tahitian mix and Terii who's half French half Tahitian is married to Annie who is pure Chinese descended from immigrants who arrived on Tahiti several generations ago. My husband is French and American and grew up partially on Tahiti so he's hardly considered and ex-pat. I, however give myself away as an outsider from the moment I open my mouth and speak my odd, Anglo, Tahitian French.

As Tahitian social lives go, I'm pretty happy with ours although I admit that what I miss the most about the States is my group of steadfast, fun, available and loving friends. Some weeks go by here where my social highlight is running into people at the grocery store. Nightlife is non-existent. Things pick up a lot during the Heiva (see my Heiva blogs) but other than that, dinner with friends over a bottle of wine is as wild as it gets.

Posted by Celeste Brash at 3:24 PM