Passports With Purpose: Help Build a School in Cambodia 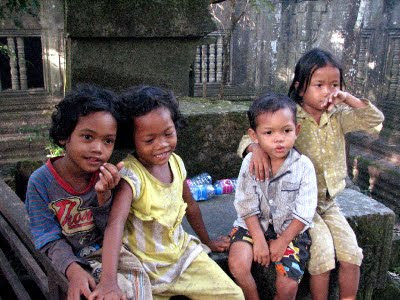 Sometimes the universe hurdles us in a certain direction. One week ago I returned from an amazing but too short trip to Cambodia at the tail end of a Lonely Planet research gig through Thailand. I mostly did the tourist stuff on my short vacation - visited Angkor Wat and made a brief stop in Phnom Penh - but I was incredibly touched by unencumbered kindness of the people. Somehow the history of the country seems to resonate through them yet they're coming out of the dark ages and that fills the air with an inspiring positivity. It's intense, there's no other way to describe it. Cambodia is a much poorer country than Thailand and stray children, needy people and landmine victims are omni-present. In Phnom Penh I was lucky enough to spend an evening with a group of expats - every one of them involved in some sort of NGO or aid program. The experience made me want to pack up my life in Tahiti and do something more useful with my life. I was dreaming about how I could make it back to Cambodia the second I was on the plane - rarely has such a short visit charmed and haunted me so much.

Today I came across an opportunity not to go back to Cambodia but to at least give something back. The annual Passports With Purpose fundraiser is supporting American Assistance for Cambodia (AAfC) this year with a goal to raise $13,000 to build a rural school. The AAfC has already built 400 schools throughout the country as well as other actions aimed at improving opportunities for the youth and rural poor in Cambodia.

This is how you can help: travel bloggers like me offer a prize and blog about the fundraiser to encourage people to bid on the many available prizes from myself and other bloggers. My prize is an A-grade round Tahitian pearl from Kamoka Pearl Farm worth $200 mailed to your doorstep anywhere in the world. By making a $10 donation you can bid on the pearl as well as all sorts of other great stuff from brand name travel packs and camcorders to stays at hotels in major American cities. One hundred percent of the donations go to the AAfC. You can bid from today to December 21st 2009.

So please, click over to the Passports With Purpose website and enter to win! There is really no way to loose on this.

I'll be posting a picture of the pearl as soon as I can - hopefully within the next week. In the meantime you can check out where it comes from at www.kamokapearls.com.
Posted by Celeste Brash at 8:27 PM 1 comment: 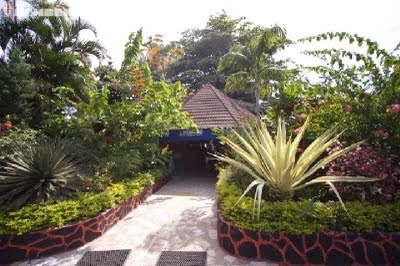 It's my first weekend back home after nearly a month in Southeast Asia so I decided to try and get back into the island groove with one of my favorite things in Tahiti: maa tahiti, traditional Polynesian food baked in an earth oven. Now not all earth-cooked meals are equal; in fact they can go terribly wrong if the fire isn't hot enough, the food is uncovered too early, the food isn't fresh to begin with or if the food packages were prepared too lazily. One of my biggest pet peeves is when my favorite dish, poulet fafa gets prepared with spinach instead of authentic taro leaves - it just doesn't taste the same. 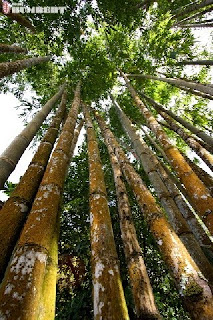 Today I indulged in what I think is the best maa tahiti on Tahiti, served at the Botanical Gardens Restaurant right next to said gardens and the Musee Guaguin. This place, in what should be the heart of tourist land but never gets any tourists, is one of my favorite places to eat in my area. The food is always fantastic and it's a simple down-home Tahitian style place with gravel floors, plastic chairs and Tahitian fabrics stapled on to the ceiling for decoration. The restaurant is right on the lagoon against a low breakwater, so you sometimes get splashed if the waves are too big; on weekends there's often a synth band playing cheesy Tahitian dance hall hits. Today the place was packed with a large party of old Tahitian women dressed up in their best and most colorful dresses, strings of black pearls and flower crowns. They were living it up, laughing and drinking cheap red wine bottle after bottle. Not a tourist was in sight despite the tour bus parked at the entrance to the gardens. 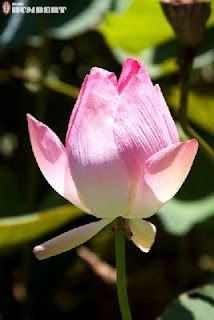 But back to the food. My daughter and I decided to split the maa tahiti plate (about US$40; only available on Sundays), which is always huge, but when it arrived we all had to laugh because it could have comfortably fed three very hungry people. Every dish was perfect. I'm not a huge meat eater but the pork had a caramelized crispy layer on the fatty parts and tasted like candy. I had to restrain myself from eating too much of it. The poisson cru (raw fish salad - click here for my recipe) was fresh with a perfect lemon and coconut milk balance; the poulet fafa had plenty of fafa (taro leaves), which is time consuming to prepare so often places skimp on it; there was perfectly cooked taro, bananas and sweet potatoes; pua choux, a pork and cabbage stew; and last a whole separate plate of delicious poe banane, a baked banana pudding topped with coconut milk. Many restaurants make maa tahiti in conventional ovens but at the Botanical Gardens Restaurant you can faintly taste the wood smoke from their ahimaa (pit oven), which gives it a more complex flavor.

Now I feel home. We finished off the meal with a long walk in the gardens while the restaurant kept our copious leftovers in their fridge for us. I think I'm having pork for breakfast tomorrow morning.

PS Now I'm back home I'll be back to blogging more regularly again!
Posted by Celeste Brash at 8:20 PM No comments: