From Paradise to Hell and Back Again: Les Isles du Salut, French Guiana 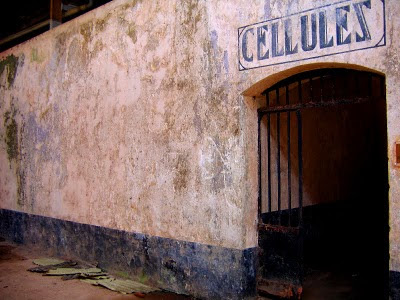 Back in the 18th century, colonists in French Guiana escaped the malaria and yellow fever of the mainland by heading to the idyllic Iles du Salut (Salvation Islands) about 20 km off the coast. But in the mid-1850s, these three tiny islands were turned into some of the most brutal prison camps that have ever existed; Alcatraz was a humane summer camp experience compared to "Devil's Island," immortalized by Papillion, the semi-fictional auto-biography of Henry Charriere that was later turned into a major film starring Steve McQueen.

The prison camps closed in 1953 and today the islands are once again one of French Guiana's favorite holiday spots - I researched the islands for Lonely Planet with my family in tow back in 2006. As lovely as the island are, the eerie, mostly-abandoned prison buildings weigh heavily on the atmosphere. Graveyards are filled with tombs of prison guards and their families - when prisoners died they were fed to the sharks. 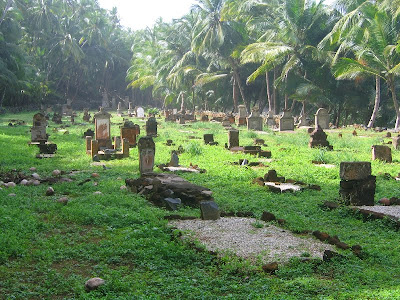 Walking through the cicada-filled jungles and along the rocky, grey-blue coastlines, you can't help but believe in ghosts. Every now and then you suddenly get goosebumps even though the heat is invariably sweltering. From stumbling upon an old isolation cell nearly swallowed by vines in the jungle to touring the group cells that were crammed with an inhumane amount of prisoners, it's hard to escape feelings of utter despair for how cruel humans can be. So many people died on these islands and none of them did it well.

Camping is available but we stayed at the only hotel, Auberge des Isles du Salut, set up in the old prison headquarters on Isle Royal, the main island. The welcome was snooty and verging on rude but the colonial plantation-style rooms with louvered 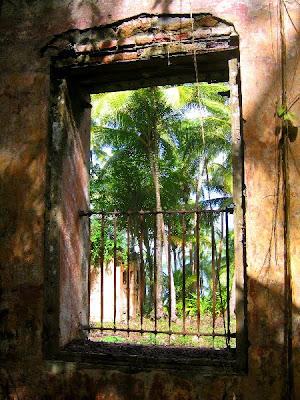 shutters and overhead fan is still one of my most favorite places I've ever stayed. Exquisite French meals (including one of the best fish soups I've ever had) were served on the veranda overlooking the sea. It was a pocket of period charm amidst the brutal history.

Getting to the islands was another treat. We came and left by catamaran sailboat and the trip back to the mainland is a sunset-cruise complete with rum punch.

On island we went fishing off the coast, my kids got very into chasing around agouti (a rodent that looks like a long-legged short-haired guinea pig), and we took a dip (you can't swim) at one of only two spots on the island where the currents are light enough that they won't take you away. Josh even went surfing on a little shark-infested break with some locals.

I'd go back. Despite the weirdness of these islands the Isles du Salut are one of the most interesting places I've ever been.

PS: The last photo isn't of the Auberge it's from an old decaying prison cell! The auberge was much, much nicer :-)
Posted by Celeste Brash at 11:15 AM