Diane Mc Turk: Savior of Giant River Otters & the Coolest Woman I Have Ever Met 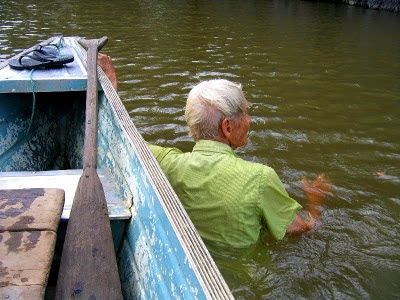 If you haven't noticed by now, I really love Guyana. Every day I spent there was an unbelievable adventure, but meeting Diane Mc Turk, an ageless woman who has devoted her life to saving the Amazon's endangered giant river otters, was a highlight.

Diane owns Karanambu Ranch, a cattle ranch, wilderness preserve and eco-lodge at the north of Guyana's Africa-like Rupununi Savannas. Getting there requires either flying or driving overnight from Georgetown then taking a few hour-long boat ride. While visitors are lodged in comfortable, brick and thatch bungalows, it's still not for the faint hearted - the entire time I was there a snake was coiled in the rafters above my bed.

"Hope you don't mind not having the place to yourself," laughed Diane's nephew when he showed me to my room. "Don't worry, he's not poisonous." 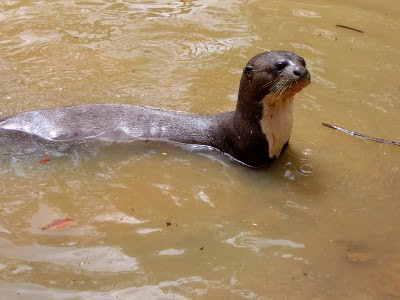 Before seeing Diane, visitors usually get to meet her orphans, the playful giant river otters who wiggle around the grounds like happy dogs. Diane often shows up at meal time with the air of a teenager who'd rather be off with her wild and crazy otter friends, but once she starts talking in her documentary quality voice, she gets as carried away by her charm as everyone else and starts to enjoy herself. By the end of a visit most folks have heard wildlife tales that only a lifetime in the Amazon could produce as well as some surprising stories about Diane's 30 years in England when she worked as an actress and at London's Savoy Hotel.

"Men fall in love with her and women want to be her," Diane's niece who manages the ranch told me. "She is irresistible."

It's true, Diane with or without the otters emanates free spirit and a child-like magnetism. She stands as straight and slim as a fashion model and manages to look elegant as she pulls a canoe through the murky, caiman-filled river, feeds dead fish to her otters or wrestles the critters with her strong, apparently bite-proof arms. 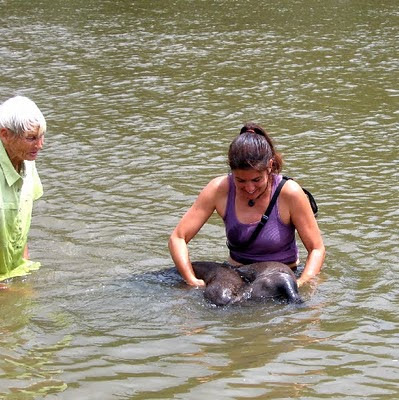 Through her un-countable years of work Diane has rehabilitated over 40 otters and her ranch has been used as a research center and springboard for the animal's protection. But nothing beats getting out into the water with Diane and her "kids," Getting to play and frolic in the water with the otters was one of the most unforgettable experiences of my life.

Here's a short video I took of Diane and her posse while I was at the ranch: