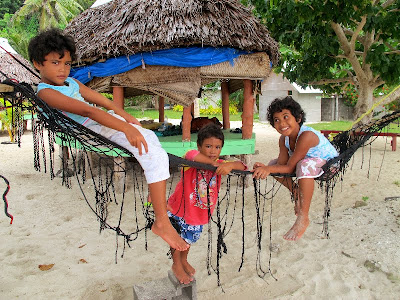 I'm not easily surprised by weird accommodation. Tree houses, cave dwellings and undersea lairs tend to make their way into my travel literature if they haven't made it in to my real life, and in most cases I'm in a country to get out and do things not hang out at my hotel. But Samoa's fale not only astounded me, they won me over so much I will confidently say that they are my favorite type of holiday lodging. Period. They are part of the Samoan experience as much as eating the food or seeing the sights. 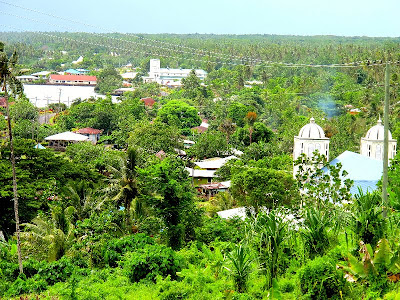 I'd read about fale before I got to Samoa. The Lonely Planet said they were traditional style, simple open-air structures on stilts. This is exactly what they are but the simplicity of the description didn't get into my head and form an image of what a fale might actually look like. They sounded rustic, that was all. 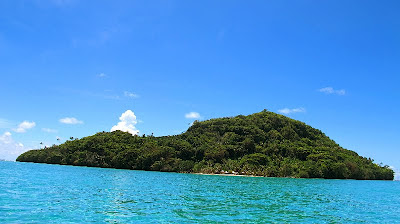 After a few days at a mediocre hotel in Apia I set off to drive around the island. On my first night I decided to stay on a small private island called Namu'a that got rave reviews. On the way I drove past several of the most colorful villages I've ever seen, and all of them were made up mostly of the traditional-type fale I'd read about. These family-sized fale are elongated gazebo-like structures rounded at the edges with a semi-octagon shape and are usually about 20ft long by 10ft wide; palm thatched louvers are the only walls and these can be lowered or raised depending on how much ventilation or privacy is needed. 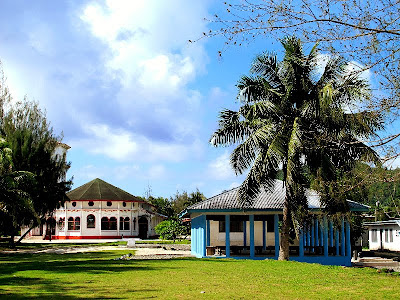 All the structures are painted the brightest greens, pinks, blues and yellows and are surrounded by gardens of flowers, tropical fruit and ornamental greenery. You can see right inside them where the floors are covered with woven mats, there is minimal furniture and usually a few people lounging inside. Still, it didn't occur to me that these were the same types of houses tourists would sleep in. 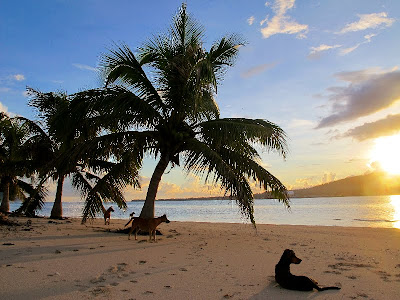 It wasn't till I reached the beach of Namu'a in my host's tiny aluminum outboard boat that it hit me. There on the most perfect, palm-lined white sand beach you can imagine were about ten small, unpainted, palm-thatched roof fale on stilts. Mine had been prepared for me with a mat on the floor as well as a mattress and a mosquito net. And that's it. The highlight of course is that sleeping in these is like camping in the open air without having to actually camp, and the fale are usually only steps from 80 degree clear blue water. At night, after a tasty meal of fresh fish, I was given an oil lamp -- the perfect light by which to drink a beer, gaze at the stars, play guitar and revel in the bliss of the moment. It's not fancy, it's not expensive, but even the most luxurious accommodation in the world cannot compare. As I continued around the rest of the main island, I found family fale operations everywhere, usually on the very best beaches. Every one is owned by sweet local people offering meals (average price to stay is about US$35-50 per person per night including breakfast and dinner). Some fale are a little fancier than others and may include waist-high walls, whole walls or even electricity; some are out in the middle of nowhere while others are clustered together in beach villages. Valuables can be often kept in safes but the family is almost always there watching so, as long as the place was run by good people, I never felt like my stuff was going to be ripped off or that unwanted guests would come into my fale at night. Bathrooms are shared in most cases and showers are cold. 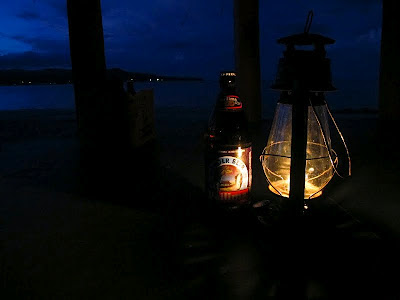 There's something about sleeping and living outdoors that raises happiness levels. Add the sound of the surf all night, always knowing the phase of the moon and feeling familiar with the stars and energy levels skyrocket - not necessarily in the way that makes you want to get up and run around, but in a way that makes you like everyone and makes them like you too. It's a natural high I suppose. 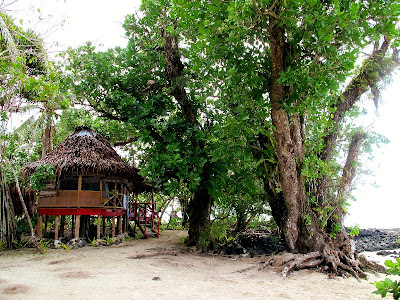 I admit that after a few days it felt good to sleep in a hotel again with a hot shower but if I had my choice of a resort or those fale on Namu'a I wouldn't even have to consider - it would be those budget fale on Namu'a every time.

Posted by Celeste Brash at 6:40 PM