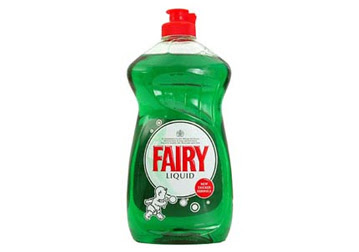 Yesterday I took part in Travelers' Night In (#TNI) on Twitter where travel folks around the world chat about a topic for about an hour and a half. This week's topic was volunteer tourism and that subject is the inspiration for this week's post.

Way back when I traveled as a WWOOFer (World-Wide Opportunities on Organic Farms) through New Zealand working three days a week on organic farms in exchange for food and lodging for the week. Traveling this way is one of the best ways to meet locals - fellow workers tend to take you to parties or bars after work or maybe hiking and picnics over the weekend.

Fellow WWOOFers however can also be a highlight. While a friend and I were working at the Welleda medicinal herb farm in Havelock North our one other fellow WWOOFer was a guy named Lee from South Korea. Lee was one of the happiest and most pleasant human beings I have, to this day, ever met. He spoke about 20 words of English and was WWOOFing in New Zealand as a means to learn more. He carried around a little notebook and wrote down every new word he learned; he listened to Neil Young non-stop and could sing all the lyrics even though he didn't know what they meant.

When we were out weeding in the fields he would look up blissfully and exclaim: "I love weeding!"

At night we'd get back and I'd cook us dinner then Lee would do all the dishes. Some other WWOOFer before me had taught him to say "I am the dish fairy!" Which actually when Lee said it (and he said it often) came out as "I em dee deesh failley!" Every time he said this it was with pride, perhaps of his amazing English phrase or just the huge stoke he got from doing dishes.

But my favorite memory of Lee is when we went on a walk one day and he eyed a big healthy looking black lab. His eyes popped and he grabbed my arm and exclaimed something in Korean very excitedly. Then he explained to me "Dog like this velly expensive in Korea. I just say 'Bring out your dogs!' because that what dog man do. Then we cook, very spicy in summer. Dog like this velly delicious."

From then on we would both yell "Bring out your dogs!" - Lee in Korean and I in English- every time we saw a fat meaty dog. Then we'd both laugh. It's amazing how funny someone can be even when you barely share a common language.

Lee gave us his address when we left but it was all in Korean and so we never wrote. I would love to know what happened to him and I hope he now speaks fluent English. I also hope he got to eat a dog as tasty as the ones we saw around Havelock North - in summer with lots of chili - as long as it was not someone's beloved pet [or raised in an evil cage see my Sulawesi market post].
Posted by Celeste Brash at 12:40 PM