Passports With Purpose Round Three: Pearls for Libraries in Zambia 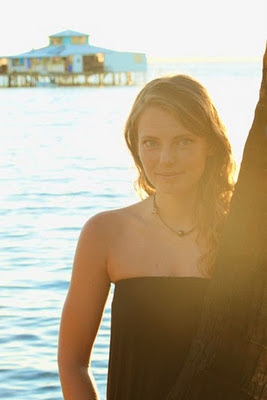 The day before yesterday Passports With Purpose (PWP) launched its third fundraiser, this year to build two libraries in Zambia. I was on a boat, a bus and then a plane on the day of the launch through last night (making my way from a remote isle in Fiji back home to Portland), so please excuse my tardiness, it has nothing to do with lack of enthusiasm for this annual project!

I do admit however that when I first heard that PWP was going to build libraries this year I was a bit disappointed. Yes I love books and learning and want the world to have access to this magical realm but aren't there other things that are more important like food, shelter and freedom from violence? As usual, the universe came and answered me. About four days ago, whilst on that small island in Fiji, I met an English woman who told me this story:

Angela was traveling through East Africa by bus. At a random dusty stop she heard a little boy very loudly and confidently proclaiming: "Public service announcement! Bananas contain potassium and are very good for your health! I have bananas for sale, get them here."

She found this adorable but she didn't like bananas. The little boy stopped at her bus window and asked her where she was from.

She told him the town which was somewhere near South London.

The little boy then asked her what she thought of her local football team who he had seen play in a match on TV over the weekend - he knew the score. They chatted a little about football including the boy's favorite underdog team that happen to be the home team of another English couple sitting at the front of the bus.

"Here," said the boy after a few minutes. "Have a banana."

It was free gift but Angela didn't want a banana or get a freebee from this boy who surely needed the money so she refused.

Another boy nearby said innocently, "You don't want to be his friend?"

So Angela took the banana. With a quick thought, she decided to give the boys a magazine from the bus. The two boys immediately lit up, set down their bananas and poured over the magazine under a tree.

"All they wanted to do was read," Angela told me on that Fijian island. "I wished I could have given them a library's worth of books."

A light went off in my head; this is exactly what I was about to help do with PWP, except we're giving Zambian children two libraries worth of books. No it's not saving lives but it's certainly enhancing them and who's to say what's more important.

Now about my prize. 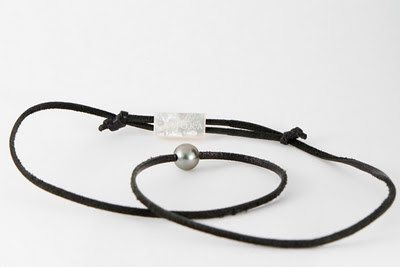 The "Mana Necklace" is Kamoka Pearls' signature adventure and travel jewelry and something I've worn on the road for years. Everything is sustainable from the pearl, grown with care in Ahe Atoll's lagoon in the Tuamotu Archipelago, to the kangaroo leather which is taken to quell over population in native stocks (it's also some of the strongest leather in the world).

The prize is a necklace on leather with a 10mm semi-round silver pink grade B pearl (great luster and two very small, nearly imperceptible blemishes) and an anklet with a 9.5mm medium tone grey-green-gold baroque grade B pearl (again very good luster with only a minor, scarcely visible scratch). You can see the details of the necklace line at http://buy.kamokapearls.com/collections/kangaroo-leather-line/products/mana-necklace but the anklet is a new product that isn't online yet - so this is a special pre-launch gift! The necklace is normally priced at $130 and the anklet is expected to be priced around $100 making the set worth around $230. 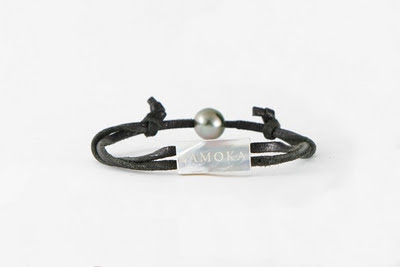 And if you're new here I might add that Kamoka Pearl is my family's farm run by my charming husband.

So please head over to the PWP website, bid on my prize and help build those libraries in Zambia!!!