How To: Travel French Polynesia by Supply Ship 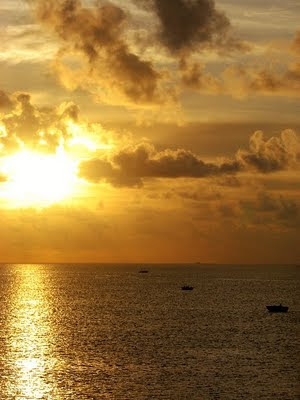 Long gone are the days when you could easily hop on any supply ship to travel around French Polynesia. Air Tahiti now flies to 48 of the 65 inhabited islands, great news if you need to get anywhere quickly but terrible news if you're on a budget. The airline has some of the most expensive domestic fares in the world, and new regulations that have forced many supply ships to stop taking passengers have made flying oftentimes the only option.

Right now in September 2009, there are only three cargo ships left that take passengers to the Tumaotus (the Mareva Nui, Kura Ora and the Marie Stella); there are no boats besides the expensive (but worth it) Aranui to the Marquesas; one boat to the Australs (the Tuhaa Pae); one to the Gambier (the Nuku Hau) and only one for the Society Island circuit (the Hawaiki Nui going from Papeete-Huahine-Raiatea-Tahaa-Bora Bora and back). Because there are less spaces available, the boats book up during school vacations but outside of these times you can usually get on no problem. To get a place on the boat you'll have to go to the company's office or talk to the boat captain directly at the docks at Fare Ute in Papeete. I have all the phone numbers for the offices and directions about how to get there in my Lonely Planet guidebook to Tahiti & French Polynesia.

Bring your own bedding, snacks (some of the boats provide meals and others don't), baby wipes (especially if you won't have shower access), lots of water, sea sickness pills, something to pass the time during those long ocean stretches and of course, sense of adventure.
Posted by Celeste Brash at 10:05 AM